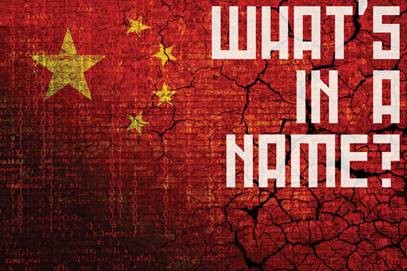 Squire Patton Boggs is one of the largest and richest law firms in the world. Boasting more than 1,500 lawyers in 47 offices across 20 countries, the firm was formed in 2014 as a result of a merger between two Am Law 100 firms, Squire, Sanders & Dempsey and Patton Boggs.

Like many law firm mergers, the union between Squire Sanders and Patton Boggs had been complicated and had been made infinitely more difficult because of the latter’s entanglement in long-running litigation involving Chevron and allegations of pollution of a rainforest in Ecuador. The matter already had knocked out another potential merger for Patton Boggs and was threatening to scuttle the Squire Sanders deal, too.

In May 2014, the two firms finally were able to make it official. In the months after the announcement, the merged firm unveiled its branding in the form of a newly designed website (at the URL squirepattonboggs.com) and logo consisting of the firm’s name and a circle made of green and black petal shapes.

Along with the usual biographies and pictures of its lawyers, locations and descriptions of the firm’s practice areas, the page also displayed the firm’s mission statement: “Squire Patton Boggs is a full-service global law firm. … It is a seamless service that operates on any scale—locally or globally. It encompasses virtually every matter, jurisdiction and market. And we place you at the core of everything we do.”

One thing the firm forgot to do: file for a trademark in China before anyone else could beat it to the punch.

And sure enough, someone beat the firm to the punch. Days after the merger announcement, a Chinese company registered the trademark for “Squire Patton Boggs” in China, giving it the right to provide legal services under that name.

Qinhuangdao Hongshun Technology Development Co. Ltd., the Chinese intellectual property agency that claimed the right to the name in China, went further, claiming the similar URL squirepattonboggs.net and running an English-language site that appeared to ape the firm’s homepage.

There was a circular logo constructed from green and blue petal shapes that bore a striking resemblance to that of the BigLaw firm. There was also a mission statement that contained near-identical language: “It is a seamless service that operates on any scale—locally or globally. It encompasses virtually every matter, jurisdiction and market. And we place you at the core of everything we do.”

The only difference was the first part of that statement. Unlike the BigLaw firm, the firm sitting at squirepattonboggs.net was, ironically enough, an intellectual property firm that, among other things, purported to help clients protect and defend their trademark rights.

It would take four years, an administrative battle in China, a trip to international arbitration and, ultimately, hours of closed-door negotiations before Squire Patton Boggs finally would get the rights to its own name in China.

Chinese copycats have long bedeviled popular brands in fashion and consumer products, but Squire Patton Boggs’ experience demonstrates how some enterprising firms in China have found a new kind of brand to mimic over the past few years: major global law firms.

The firm is not alone in being targeted by cybersquatting, the practice of registering names, especially well-known brand or company names, as internet domains, with the hope of reselling them for a profit. Qinhuangdao Hongshun previously had gone after Norton Rose Fulbright just after the merger that created that firm and also had taken aim at British firm Osborne Clarke.

“Basically, what [the cybersquatters and trademark squatters] are really after is whatever is trendy, whatever is new, whatever is emerging,” says Seagull Song, an associate clinical professor and director of the Asia-America Law Institute at Loyola Law School and a senior adviser at Hogan Lovells’ Los Angeles office.

That means as the legal industry continues to gain prominence in China, and as BigLaw stalwarts make international news when they merge with other firms to grow even larger, law firms may find themselves increasingly likely to be facing the same kinds of aggressive Chinese intellectual property theft they have long counseled others to avoid.

It also means if they are not careful, these firms will be just as frustrated by China’s first-to-file trademark regimen as any other unwitting foreign brand owner.

In contrast to the U.S. common-law trademark system, which gives priority to the first to use a name in commerce, China’s trademark law follows a first-to-file system that prizes registering a trademark with the government as opposed to use.

Seagull Song: “Basically, what [the cybersquatters and trademark squatters] are really after is whatever is trendy, whatever is new, whatever is emerging.” Photo courtesy of Loyola Law School.

There is no requirement to show use of the trademark when applying for a registration in China, leaving open the door for trademark squatters to take advantage of any lag in filing.

The first-to-file system doesn’t mean there are no opportunities to reclaim a trademark short of paying the squatter the price they name if they apply for registration first. But it does make doing so extremely difficult.

Once the squatter applies for the trademark, the target has the chance to file an administrative opposition proceeding within three months of the publication of the application in the China Trademark Office’s Gazette. If that opposition fails and the mark is granted, then the opponent can move on to filing an invalidation procedure with the Trademark Review and Adjudication Board.

From there, the party opposing the trademark would have to move on to trying to get the trademark shot down by the court system, with the option to appeal as far as the land’s highest court.

Even if the squatter’s trademark is knocked out through this process, the company that applied for the mark first also has the opportunity to appeal at each of these stages. And if it does, the mark remains valid until a final decision invalidating it is issued, says Dan Plane, a Hong Kong-based partner at SIPS, a Chinese IP consultancy.

“These things can drag on for a very, very, very long time,” he says. “Even if the wind is in your sails and the law is on your side, you can be looking at a year, two years, three years, four years before you get a final decision that fully invalidates that mark.”